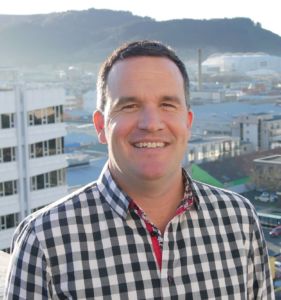 After spending 10 years working at Auckland City Council and Auckland Council, Richard made the move south and joined Dunedin City Council in 2014 and has been the Group Manager Transport for the past three years.

In that time the Dunedin City Council has embarked on an ambitious plan for investment in the city including revitalising the central city and tertiary precincts, the construction of a bridge connecting the city to the harbour and the completion of a new shared path along the length of the Otago Peninsula.