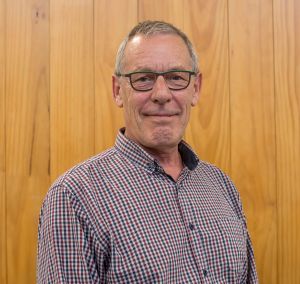 Chris has over 40 years of experience in civil engineering since graduating from City University in London. He has worked for consultants and Councils in the local government field since emigrating from the UK to NZ in 1986.

Chris started his career in NZ at Bay of Islands County Council later to become the Far North District Council where he undertook a stint as the Operations Manager. He then moved on to Queenstown where he worked in consultancy primarily for Queenstown Lakes District Council. In 1998 he and a partner set up Imtech Ltd a private company contracted to QLDC for engineering management. In this role he was the District Engineer for Queenstown Lakes DC for a period of seven years to 2005.

A move back to consultancy saw him work in Christchurch and Auckland for GHD in a variety of senior leadership roles that included Christchurch Branch Manager, South Island Transport Manager and Team Leader for one of Auckland Transport’s Technical Support Teams.

This time was followed by six years at Christchurch City Council where his final position was as Head of Transport responsible for all of the city’s transport activities including its $150M Major Cycleways programme and the CCC part of the Christchurch Northern Corridor project as an alliance with NZTA.

His current role is a Kaikoura District council where he is leading a very small team managing the earthquake recovery programme and putting its “business as usual” activities back on its feet through new maintenance contracts and the implementation of a new asset management system.

Although his career has been principally centred around transport and roading he is also experienced in many other areas of local government infrastructure. Chris is currently the Chair of the Road Efficiency Group (REG).